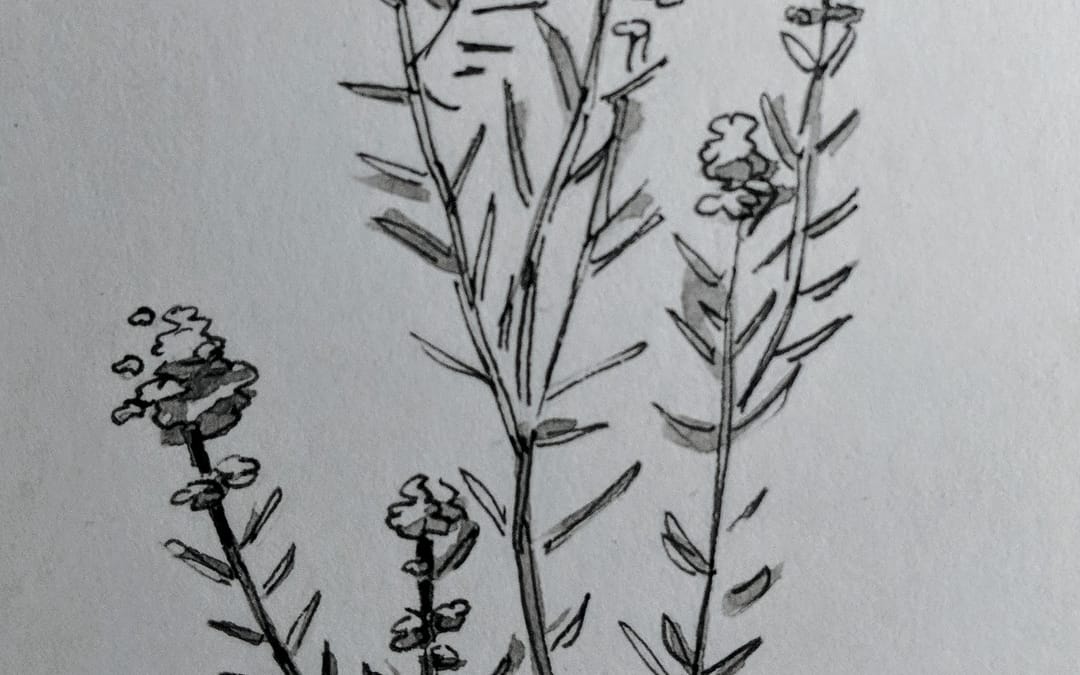 John Oliver has big plans for feeding a world beset by climate change. He wants to build a “protein highway” paralleling the United States–Canadian border across the plains and prairies. And he knows what he wants to grow: carinata, an African mustard that’s adapted to a colder growing season. Carinata produces a small seed full of oil. It makes a good biojet fuel that could someday help the aviation industry reduce greenhouse gas emissions. The protein meal leftovers can be fed to livestock.

Why bother, when we have crops like canola? Carinata produces good yields with 20%–40% less water than canola needs, plus it withstands hotter temperatures. Says Oliver, “Our best opportunity is to go where people understand canola culture, but they can’t grow canola because the weather’s too uncertain.” Farmers can rotate it with crops that need similar growing conditions—usually wheat, lentils (really popular these days), garbanzos, and other legumes.

Oliver says the demand for carinata is so overwhelming that farmers can’t satisfy it. Millions of dollars’ worth of orders can’t be filled because farmers lack the funding to scale up the crop. Yet he’s undaunted. Says Oliver, “I believe leadership is largely
developing a vision of where you want to go and making it so exciting that everybody wants to be part of getting there.”