What Scientists are Doing 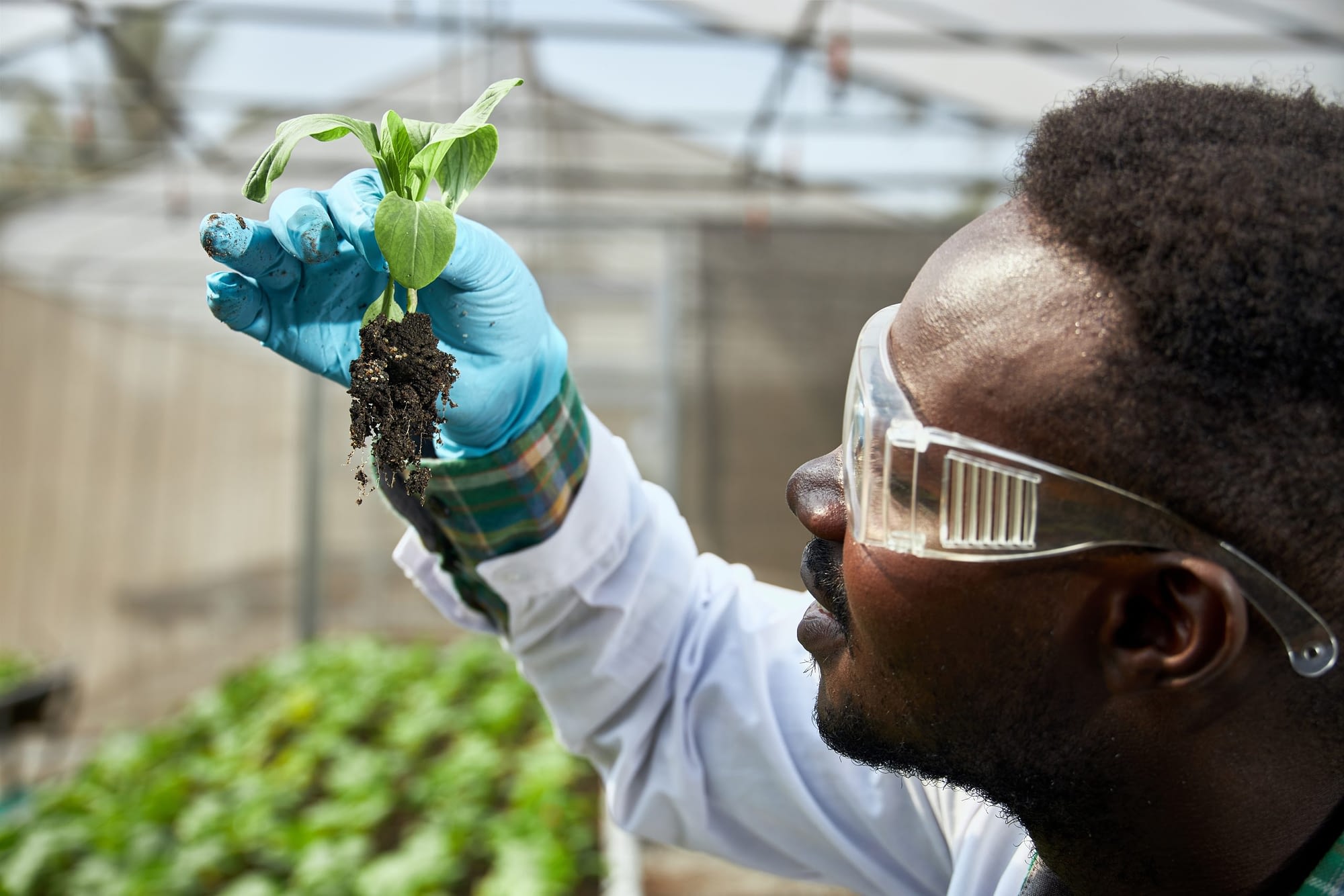 Thousands of scientists, around the globe are developing climate-smart agricultural practices that help farmers continue to produce the food we all need. With a growing human population and a changing climate, there is a rapidly growing need for new and better ways to keep our menu stocked. Science is needed more than ever before. Universities, the US Department of Agriculture, and many other national and international organizations and programs are striving to address the intensifying challenges facing our food system. The private sector’s scientific research is also very important in keeping our food supply secure.

To withstand the increasing risks from droughts, heat waves, and other climate change stressors, scientists are developing more resilient crops. Since the beginning of agriculture, humans have been selecting the plants that are more productive. Today, this usually involves the purposeful transfer of pollen from a male parent to a female parent – for example, crossing a drought-tolerant variety with a high-yielding one to achieve a new type with both characteristics. Most of us have eaten traditionally cross-bred crops, which have been part of the menu for at least 100 years.

New technologies can expedite the process of developing improved crop-types by transferring into a plant one or more specific traits from the same species, a closely related one, or a totally different one. Such genetically engineered crops help manage insect and weed pests, and increase nutritional qualities, to name a few, and some have been in use for decades.  More precise methods are now available that can even edit a plants’ genetic makeup. It’s precise, like removing a single gene from the 32,000 in a corn plant or one key from a piano with 32,000 keys. 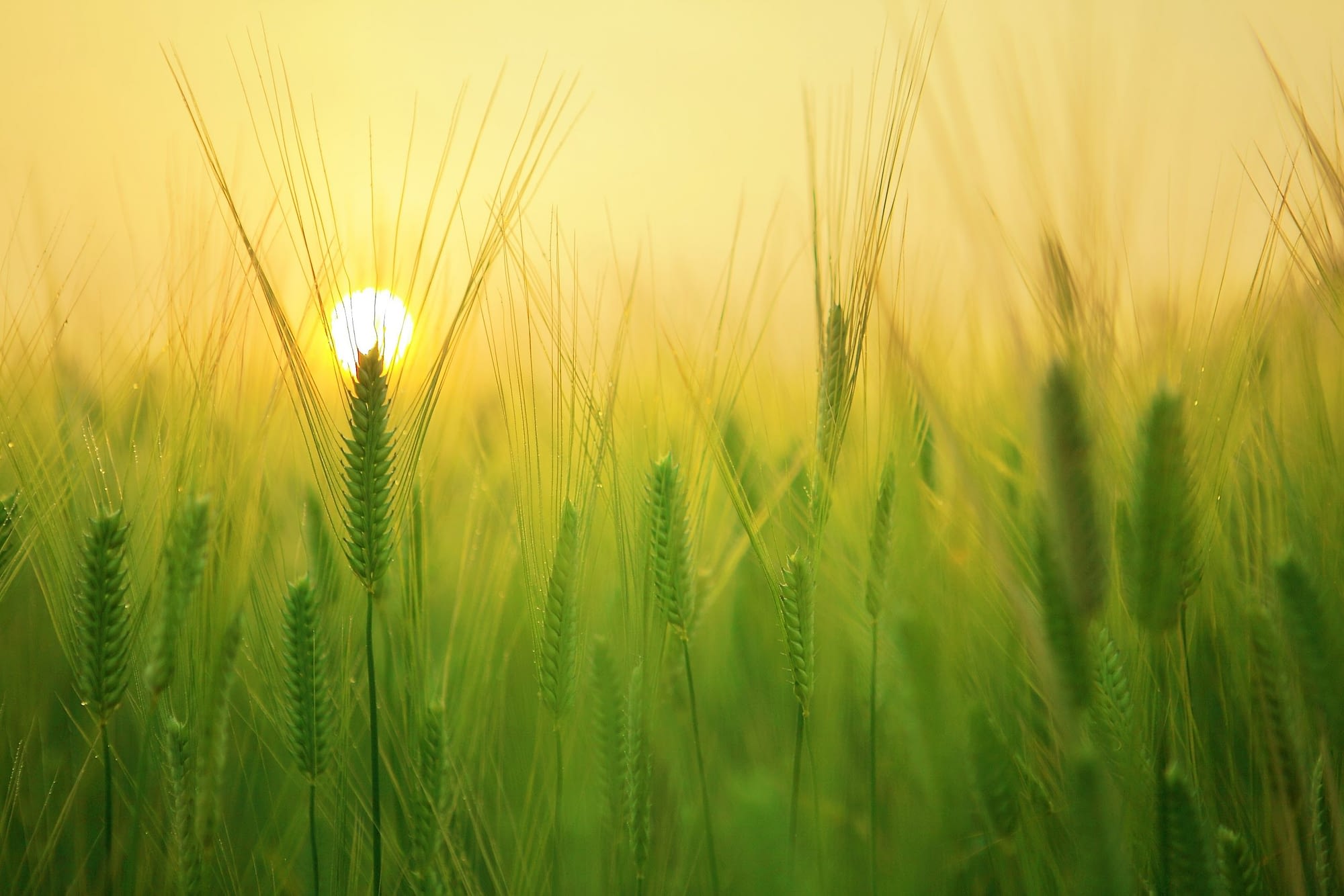 Soil is not just dirt, but rather a living ecosystem, with millions, if not billions, of bacteria, fungi, and many other creatures in just a handful. Scientists are investigating how plants used to cover the soil in winter, the application of composts and manures, and irrigation practices affect the soil biology, chemistry, and crop production as well as aid in the sequestration of carbon. Soil health is defined as “the continued capacity of the soil to function as a vital living ecosystem that sustains plants, animals, and humans.” Soil is the skin of the earth and scientists focus on helping to keep it healthy.

Irrigation of agricultural crops is one of the major consumers of water supplies in the US. Consequently, scientists focus on research to reduce its use, such as ensuring that the crop is carefully monitored, and water applied at the optimal time. Scientists have demonstrated that drones and satellite remote sensing can be used to assess the water needs of crops. They have also developed sophisticated technologies that measure sap flow in the trunks of fruit trees and changes in the diameter of stems, both of which can automatically initiate irrigation if needed.  Delivery of water to crops has also been advanced through the development of systems that apply a precise amount and exactly where needed.

Scientists have made major advances in computer technologies to monitor ongoing environmental conditions and predict what lies ahead for agriculture as the climate changes. For example, they monitor the daily status of drought across the country and have predicted where major crops will be grown in the future in the US. The latter is extremely helpful in knowing when to switch to more heat-tolerant crops in northern latitudes. Finally, scientists have developed “decision tools” that warn farmers when a surprise spring frost may occur and take action to protect fruit crops or help determine when a crop will reach maturity and is ready for harvest.

The volume of information available to farmers is enormous and the extraction and handling of it is referred to as “Big Data.”

Scientists around the world are working hard to help agriculture adapt to, and mitigate, its impact on the climate.

Because winters are warmer, farmers can now grow crops further north than previously. An additional shift of 13.3 miles is expected per decade, with huge implications for producing, transporting, and processing many major crops.

Another surprise: winter temperatures have increased twice as fast as summer temperatures, which means fruit and nut trees won’t experience enough winter chill. Without this chill, yields can drop dramatically. Warming winters do not bode well for California, and researchers predict it will become marginal for walnuts, peaches, and other important crops by the end of the century.

The oceans are also warming and becoming more stratified (layered), which prevents the upwelling of nutrients from the depths that are needed by tiny floating plants known as phytoplankton. These exquisite creatures produce over half the oxygen on which we depend, absorb carbon dioxide, and form the basis for the ocean’s food chain, from little fish to the larger fish that we eat. In some areas, phytoplankton have declined 20%.

Warming conditions are causing glaciers to retreat worldwide, and with them the meltwaters needed to irrigated crops. Countries such as Peru and Chile, which provide $5 billion worth of agricultural products for the United States each year, will likely not have these meltwaters in a few decades.  The situation in the Himalaya Mountains is  similar but on a vast scale—potentially affecting millions of people who depend on meltwaters to grow their food. To stay current on the melting of ice worldwide see the

Photo Credits: Before & After National Snow and Ice Data Center

Soil deserves respect. A healthy soil functions as a vital living system that sustains plants, animals, and humans. It is the most biologically diverse part of the planet. The soil—the skin on the planet’s surface—is essential for life on earth.

Soil is a medium for plant growth, a source of nutrients, and a water purifier and reservoir. It also plays a huge role in modifying the earth’s atmosphere—80% of all the carbon in terrestrial systems is found in the soil.  The organic matter in the soil, called humus, holds (sequesters) that carbon for a long time. Soils with higher organic matter absorb more rainwater and hold that moisture better between rains, which may be beneficial as droughts increase.

Globally, soil is changing as huge swaths of forest—more than half a million square miles between 1990 and 2016—are being cleared. When land is cleared or repeatedly cultivated without organic matter being returned, the soil loses carbon; an estimated 1.4 billion tons of carbon are lost each year. Experts agree that soil is a major source of carbon dioxide but if managed well, also has potential to sequester enough to help address climate change.

Read the whole story! Next up, What You Can Do…